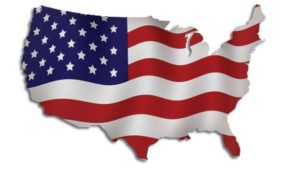 In Part 1 of our two-part blog series on manufacturing in the United States today, we started by looking at some of the facts and figures that support the theory of growth and opportunity in the manufacturing sector here in the U.S. We know that manufacturing contributed $1.87 trillion dollars to the national economy in 2012, and we also know that our country exports over $2 trillion in manufactured goods each year (according to recent analysis performed by a governmental agency that provides data and statistics on the U.S. economy). But we also know that there is a significant amount of manufacturing (read: jobs) that is sent to outside countries due to the availability of cheap labor abroad.

So, where are the U.S. manufacturing jobs to be found? A good question! According to an article featured on the CNBC website that quoted data from a 2012 report by the Information Technology and Innovation Foundation, the top states for manufacturing jobs creation included Michigan, Texas, Indiana, Ohio, Wisconsin, Washington, Illinois, Kentucky, Tennessee, and Iowa (ranked by thousands of workers and listed in descending order).

Considering that many large American companies are now re-investing in domestic manufacturing, and that state governments are providing incentives for companies to do this, there may very well be a manufacturing renaissance in the near future. Skilled manufacturing workers looking for work may find themselves in high demand. At the same time, manufacturers who depend on American ingenuity and skill to produce quality-made products and materials are likely to invest in more equipment and technology that will benefit their manufacturing processes.

Manufacturing is a precision process. Precision equals quality. Quality equals more business and more jobs for American workers in the manufacturing industry. Manufacturers who turn out pieces and parts that go into the assembly of popular American manufactured goods know that the only way to get the kind of precision needed to turn out well-crafted products is with good edge quality in the cutting tools they use. Here at the Cleveland Deburring Machine Company, we believe that good edge quality comes from having a good deburring machine at your disposal. We’re looking forward to the continued growth in American manufacturing jobs because we know this means more Americans are working, the U.S. economy is growing, and that Made in America is still a viable concept.