The Importance of Deburring in the Manufacturing Industry 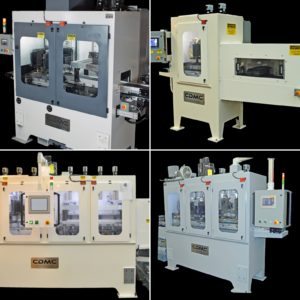 Calculations from Trading Economics’ global macro models and its associated analysts shared a forecast for U.S. manufacturing of 2181.00 USD billion. Predictions for the long-term, based on econometric modeling, were expected around 2266.00 U.S. Billion in 2020.

Economic predictions for 2020 will also be impacted by the upcoming election year. 2020 is already attracting speculation from political pundits. This election like many others will find candidates looking to ally with voters, exploiting the associated economic element of a stronger manufacturing industry. Some within the political world are already touting a manufacturing comeback, crediting current and proposed tariffs on Chinese goods. Others who aren’t ready to give credit still see an imminent boom. Nevertheless, candidates on both sides of the party aisle are casting their bets on the impact manufacturing will have in the upcoming election as many candidates look to regain votes on manufacturing-centric platforms.

One example of this occurred when former vice-president Joe Biden announced his bid as a 2020 Democratic candidate in May. The announcement took place in front of Pennsylvania union workers. Biden told these potential voters they would likely be instrumental in who ultimately wins the candidacy. Biden is one of many looking to capture the vote of Rust Belt voters who seek stronger economic development and growth.

With elections come campaign promises. Following the last election, several companies pledged to bring their business back to the U.S. In some cases, the outcome of those promises remains unresolved because of the recent trade wars and tariff stand-offs. Despite this or perhaps because of this, there remains an increasing demand for consumer goods. Lower unemployment and more manufacturing jobs create an associated increase in the production of raw materials manufactured stateside.

With an increase in raw materials comes a greater need for reliable deburring and edge finishing processes. Deburring remains an important and recommended finishing aspect throughout the manufacturing industry. The manufacture of sprockets, gears, camshafts and other parts depend on the trimming and polishing inherent in the deburring process.

Deburring is regularly used in a variety of manufacturing industries from automobile and aircraft to the production of computer parts and in toy manufacturing. Each of these areas rely on deburring and edge finishing to remove rough edges, improve cost and performance and enhance safety and appearance. Throughout the world, deburring is a necessary and expected application within the manufacturing process. As the global economy becomes more interconnected, deburring will remain an important element in the production of quality goods throughout the world.