Changes Are On The Horizon for Manufacturing in Peru 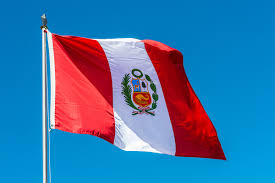 Manufacturing is Peru’s number one import according to a UPS study. They buy a variety of materials but manufacture primarily for Peruvian purchases with few exports. Despite having an abundance of resources, manufacturing production and exports are not as strong as they should be. This unbalance of imports and exports takes its toll on the economy.

A Year of Recovery

After several years of declining manufacturing, economists project a major recovery. They predict production may increase revenue up to 2.5% this year. Fishing and mining have already provided positive results in the first quarter. According to Industry and Mype deputy minister Juan Carlos Mathews, manufacturing production also increased 1.70% in the first quarter of 2017. Peru’s exports grew 16.4% in this period alone, more than Paraguay (8%), Ecuador (4.7%) and Brazil (3.3%).

This path to recovery had begun in November and December of last year before El Niño Costero phenomenon impeded the progress. In just a short time, manufacturing is recovering again.  Weather permitting, they are expected to gain strength and velocity in the latter part of the year. President of the BCR, Julio Velarde, stated that this year, the mining and hydrocarbons sector would be one of the fastest growing, driven by nonmetallic mining, while non-primary manufacturing would decline by -2.2%.

Perhaps technology and innovation are to thank for the recovering state of Peruvian manufacturing. In a recent study, 83.4% of manufacturers say that they received financial support to innovate their resources. Of the 61% that sought innovation, 56% successfully innovated the processes and products. Only 5% did not actualize change. Of those who attempted innovation, 20.5% focused on food commodities, 13.7% on clothing, and 13.6% in processed metal products. Of the manufacturing companies that managed to innovate, 50.2% said that it did so with technology.

Perhaps focusing on developing the technical skills and leadership of women in manufacturing would help to further fuel the success of the sector. Despite that 66% of Peruvian micro enterprises are led by women, only 24% percent of manufacturing companies are run by women. These numbers are ever more non-proportional for female business owners. Only 6.7% female entrepreneurs work in manufacturing. Of these women in business, 46.7% of them have completed studies.

This article brought to you by The Cleveland Deburring Machine Company. CDMC can provide a deburring solution for gears, sprockets, aerospace and defense, automotive deburring, power transmission, powdered metals, fluid power and custom deburring applications. Our no-charge application evaluation includes a detailed report and process description in as little as 3 to 5 business days. Contact CDMC today for a deburring machine that’s right for you.