For some time we’ve reported on the foretasted 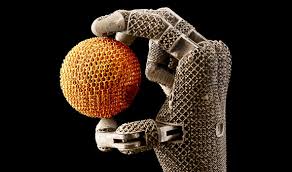 changes expected within the industry. In preparation, there have been a growing number of changes in the areas of education, industry, and government. In each of these sectors, key players are working together to find ways to ensure manufacturing remains relevant and profitable.

One manufacturing technology that’s been highly touted is additive manufacturing or 3D printing. Until recently, 3D printing was largely viewed by the masses as a technology that was highly specialized and as a result very expensive. With this level of expense in mind, it’s reasonable to think that many people might have a hard time seeing how this technology was meant to play a critical role in the newest wave of manufacturing.

The kick-off for this next level of manufacturing recently went mainstream with the opening of the first 3D factory on May 5, as reported in Fast Company magazine. The facility, owned by UPS, offers 3D printing services in 100 locations in six markets across the United States. The 3D services are designed to meet the demands of small business customers. Printer abilities include making prototypes, one-of-a-kind items, complex parts and custom accessories.

3D printing is one element of what is being called Industry 4.0 by manufacturers in Japan, Germany and the U.S. This is considered the newest touch point in the industrial timeline that previously included the adoption of steam power, electricity, automation, and now the integration of sensors in manufacturing. The use of sensors is projected to provide benefits the form of less equipment to replace and improved labor effectiveness. For example, robots will be able to quickly scan and reject poor materials and reduce time-consuming labor processes through the use of 3D technology, augmented reality, data science and analytics.

Welcome to the Fourth Industrial Revolution

It goes without saying that putting the elements of Industry 4.0 into practice will require the ability to customize a part or solution that’s unique to the needs of each customer. At Cleveland Deburring Machine Company we believe in the power of teamwork between our customers and the companies with which we’ve created critical application alliances over the years. At CDMC, each job begins by connecting on a technical level to determine which kind of deburring is best for the customer based on the part(s) that need deburring. From there it’s easy to tell if the solution is a standard machine or if a custom model is necessary.